Casual vacancy on the Parish Council

Following the resignation of Cllr David Shearer there is now a casual vacancy on the Parish Council. There is now a 14-day notice period, during which local electors can request a by-election. The notice period will end on 29th march 2022.
Please see Casual Vacancy notice for more info on how to do this.
If no by-election is called during before 29th March, then the Parish Council will be able to to co-opt someone to fill the vacant seat.

Your councillors hope that you will reach out to them on matters that you are concerned about.  You can can view the latest agenda and the last year of minutes here, agendas are also published on notice boards around the parish. Below you will find details of who your parish councillors are, how to contact them, and links to their register of personal interests. 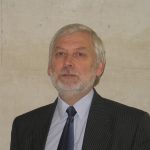 Tel: 01939 260163
Email: luke.spicer@btinternet.com
Send David an email
Chairman of the Parish Council.
View David Spicer’s Register of Interests here.
David is a Barrister. He has been a Parish Councillor since 2013. Prior to 2009 he managed a legal service for a large local authority and practised in all court jurisdictions concerned with public administration and democratic processes, specialising in safeguarding children and adults with vulnerabilities. He is a Trustee and former Chair of the British Association for the Study and Prevention of Child Abuse and Neglect. Since 2009, after moving with his wife and golden retriever to Ruyton XI Towns David has acted as an independent author of over 30 reports of Serious Case Reviews in England and Wales carried out following  deaths and serious incidents involving abuse and neglect of children and adults.
David is also a consultant and trainer. He has a married son living in Shrewsbury and daughter and family in Sydney.

Vice Chairman of the Parish Council

Alyson joined the Parish Council in June 2019 having lived in Ruyton village with her husband Keith since 2006.

Prior to that she served 20 years as a police officer, coming to Shropshire to marry, settle, and start a family. Since moving to the area she has worked with children and families as a pastoral care officer in a secondary school and then as an education welfare officer.

Alyson currently works as a gardener which allows her to spend more time with her family. She enjoys taking part in community projects and aims to help the parish council support the local community. 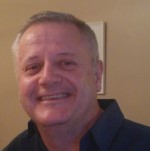 Andrew and his wife, Anne, relocated from Greater Manchester to Ruyton in September 2019 and they have completely fallen in love with the village and its wonderful residents. Their love affair with Shropshire started many years ago when they had their first anniversary celebration without their children in Shrewsbury and many revisits thereafter with Andrew coincidentally undertaking extensive survey work in Shrewsbury in 2010. They have two grown-up children, one living in Kent and the other in Stirling.

Andrew has operated his own architectural consultancy for the last eight years, having spent all his working life in the construction world, starting in housing. He has, over the years, worked in local authorities and commercial practices, undertaking a wide range of projects from a brief flirt with the Trafford Centre to refurbishing GP and dental practices. Since the advent of new legislation in 1995, he has also been heavily involved in construction health and safety planning along with design risk management.

In his private life, he was a scout leader in Bolton for nearly ten years, training as an archery instructor and jointly leading the GM North county-wide Young Leader Training scheme. He has recently joined the Croesoswallt Archers and is enjoying walks around the local countryside. To his wife’s bewilderment, he has taken up his old hobby of kit building and has now reached the exalted status of SABLE (Stash Acquired Beyond Life Expectancy). 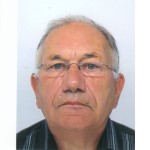 Ruyton XI Towns has been Bob’s home for 70 years. He was born at the Cliffe and went to school in Ruyton and Baschurch, followed by Shrewsbury Technical College. He has been an electronic engineer at Rolls Royce Technical Centre, and also worked as a Computer Numerical Control Engineer at Herbert Machine Technical Research and Development Training Centre (which later become BSA Machine Tools). Bob travelled extensively to various countries through his work, commissioning new machines, rectifying problems, and training engineers for customers.

He retired in 2008 and in his free time he enjoys gardening, environmental conservation incl. woodland and badger preservation, and caravan holidays (especially in Scotland).

Bob has been a Ruyton XI Towns councillor previously (2017-2020), and is an active member of the local Safer Roads Group, and also has an interest in supporting village activities and the local Church. 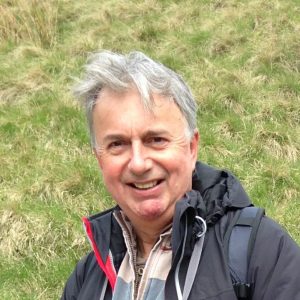 Mervyn and his wife Wendy moved to Ruyton at the end of 2015 when he retired from an IT career based in the Home Counties. His last employment was at Honda UK where he was a Project Manager for the outsourcing of IT services and the relocation of the HQ to Bracknell.

After being office-based Mervyn is spending more time outdoors in retirement. He volunteers as a Ranger at the National Trust’s Attingham Park. He has also pursued an interest in archaeology and joined two digs at Shrewsbury Castle and three at Attingham Park. Events of 2020 have seen Mervyn and his wife walking and cycling the footpaths, bridleways and roads of Ruyton and the neighbouring parishes.

Mervyn and Wendy have three sons and their first grandchild arrived last year. 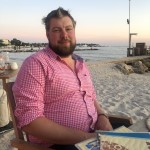 Robert is a farmer and agricultural contractor who runs his business in Ruyton XI Towns with his father. Robert was born here, and his family have always lived in the village, and therefore Robert went to the Primary school in the village and subsequently to Corbett school. For his further education he went to Reaseheath College. Robert lives here with his young family. He is very passionate about the village having been so immersed in village life and wishes to bring new ideas and vibrancy to the wonderful village especially with rural issues.

Trevor is our longest serving parish councillor and has a wealth of accumulated local knowledge. He is our local expert on all things related to rights of way, and is  also the Walking Environment Secretary with the Shropshire Ramblers. 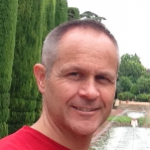 Scott moved with his wife Rachel (and their cat Teapot) to the parish of Ruyton XI Towns in October 2015. He is a native of Essex and spent his formative years there before entering the higher education system – obtaining a degree in Physics from Liverpool University and Masters in Medical Physics at Leeds.

His early career was with the NHS, and that’s where he first met Rachel (she was studying and qualifying as a Radiographer) – they worked at the same hospital in west Hertfordshire before Rachel took a job in Cambridge (and they set up their first home in north Hertfordshire mid-way between respective workplaces). They subsequently relocated back to west Hertfordshire when they both changed jobs. Rachel was born in Shrewsbury, and grew up in South Wales, Whittington and Oswestry, so she has a strong connection to this area, to which Scott has become very attached over the last 20-something years as a “visitor”.

His hobbies include running, kayaking, cycling, reading and music (listening, not playing), and of course home/garden improvements (He has to say that). He is excited to be a councillor for Ruyton XI Towns Parish Council – as a newcomer to the area he thinks it’s really important to contribute to the local community, and is a great way of “integrating”. He is really keen to preserve the essential character of the village whilst ensuring a vibrant and sustainable future. 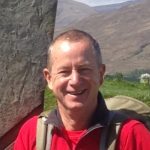 David joined the Parish Council in January 2019 just two years after moving to Ruyton XI Towns. He retired in March 2017 after a lifetime in the IT industry, spending the last 20 years in a project management role.

David designed, built and maintains the Parish Council website. He is keen on communication and wants to keep the community informed about the work of the council, and help members of the community to understand the council’s role and all the good stuff that it does.

All councillors must declare any pecuniary interests when they are elected. Their declarations can be viewed on the Shropshire Council’s website.

A councillor’s pecuniary interests are their business interests (for example their employment, trade, profession, contracts, or any company with which they are associated) and wider financial interests they might have (for example trust funds, investments, and assets including land and property).